Whilst there is understandably considerable attention being paid to the disorder, apprehension and general concern generated by the current pandemic, we want to introduce a new idea to the TA professional community. We had planned to wait awhile before launching our thinking but given what is going on right now, we realised that this is precisely the time to share this. We want to present a movement in TA that is orientated toward an ecological understanding of the individual embedded in relationship with others and the wider natural world. It is based on the premise that TA has historically been anthropocentric, by which is meant that human psychology has been primarily understood in terms of what goes on within the individual person and in between people, in other words, the intra-psychic and inter-personal domains. In common with most psychological frameworks, TA has been ‘person(s)-centred’. By introducing Ecological TA (Eco-TA) as a distinct movement, our intention is to draw attention to the ecological domain in advocating a new direction in TA theory and practice. We offer an initial working definition of Eco-TA as follows:

Eco-TA is an approach for understanding the human and more-than-human experience that is forged in connection with the ecological context in which it occurs. Furthermore, that this inter-connected process incorporates the embodied agency of both human and the more-than-human partners in the encounter. It is, to be more succinct, the practice of transactional analysis in alliance with Earth.

Our definition is based on a core assumption - an ontological premise - which is that human experience is just one component in a wider system of connections, extending beyond those simply involving other people. In this respect it is systemic, but one that incorporates the impact of the other than human factors and is therefore better understood as eco-systemic.

What is distinctive about Eco-TA is that its point of origin is outside of any one field of practice. It is, in the context of TA categorisation, coming from beyond the notion of fields of application. It has neither emerged from, nor ‘belongs’ to any one field and is perhaps the first time TA practitioners can share a common ground, to be cultivated, shared and enjoyed by all of us, irrespective of where we practice, with whom we practice and how we define our role. Like Earth itself, when lived with in respect, there is abundance, sustainability and flourishing to be found in nourishing a model that acknowledges inter-connectedness. It can be owned by no-one but belongs to us all. 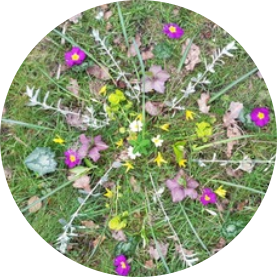 In exploring the scope of Eco-TA, we suggest that the following features begin to form a distinct character and distinguish it from what has come before in terms of theoretical and practical development. Each feature is designed to emphasise and support the overall aim of Eco-TA which is to advocate a key shift whereby ‘client’ (or group) and practitioner regard their working relationship not as being apart from, but to one of being a part of nature and the planet. 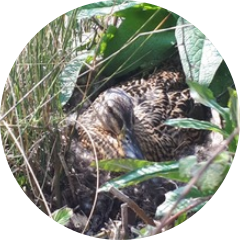 An understanding that people establish an eco-script both individually and culturally in relation to nature, ecology and Earth. Eco-TA is aimed at expanding the frame of reference, encouraging permission and becoming increasingly ‘script-free’ in relation to matters of the environment. Individuals and communities have narratives that can (dis)connect with the ecological domain. Ecological scripting has remained unexplored territory in TA, and Eco-TA exists, in part, to bring about a new phase of organisational psycho-educational development in the professional community.

However, we argue that whilst a change of attitude is central to establishing Eco-TA, there are several ways in which changes might be considered that would make such a shift more effective in the TA community. Examples include:

At this early stage in developing the idea of Eco-TA we are mindful that there will be many in our professional community who will be interested in keeping in touch, developing practice and thinking anew about theory. In the first instance we have established an initial ‘watering place’ an on-line reference point at ecota.dev to register interest. You’ll be welcome - we’ll be waiting there.

Note: A full version of this paper was published in the Transactional Analyst, the journal of the UK Association of TA (April, 2020)